March 25, 2012
I had something of an adventure this morning.  I'm an Australian living in Toronto.  On a recent bus trip to the US, the green thing in my passport was left in and apparently the only way to return it is at an airport or a border.  I took this to mean I should go to Buffalo! For an hour and 20 minutes.  On the bus.  Buffalo isn't the best but at least I got more polish!  I also found some reinforcement labels which leads me to today's mani featuring American Apparel Crescent Heights.

Let me preface further discussion by mentioning how much I usually don't like half-moon manis.  There's something about them that usually freaks me out.  Not wanting to just do a half-moon with the labels, I thought I'd try multiple stripes.  First up, I started with two coats of Crescent Heights, a really bright lime/grass green.  As usual for AA polishes, application was really good.  I then stuck on the label and painted with a coat of Rimmel Black Satin, followed by a top coat.  Now here's where I was surprised.  It actually looks awesome! Shame I added the other coats, it just didn't work quite as well as I hoped, with me not waiting long enough for it all to dry.  So I took it off and did it again.  Reallllly didn't think I'd be rocking a half moon this morning :) 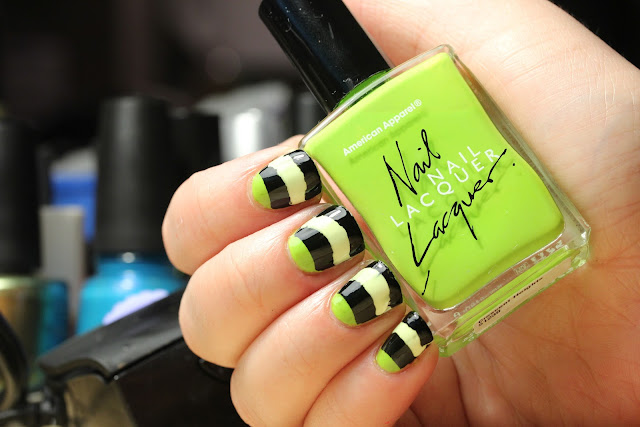 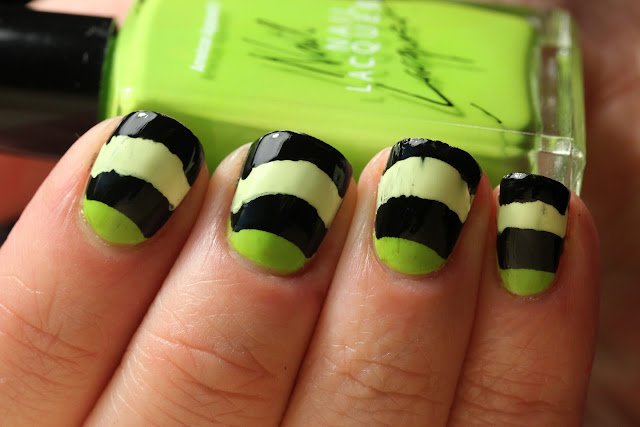 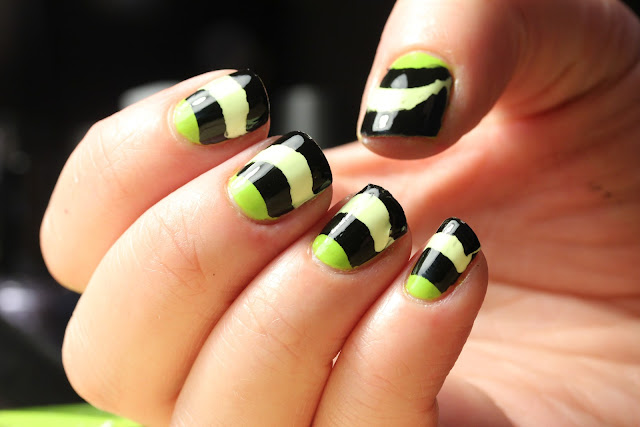 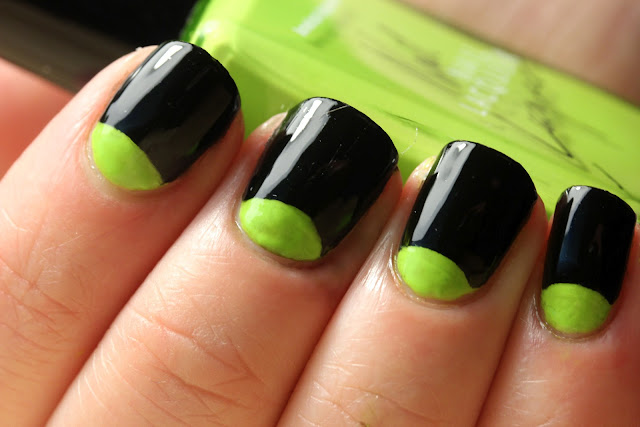 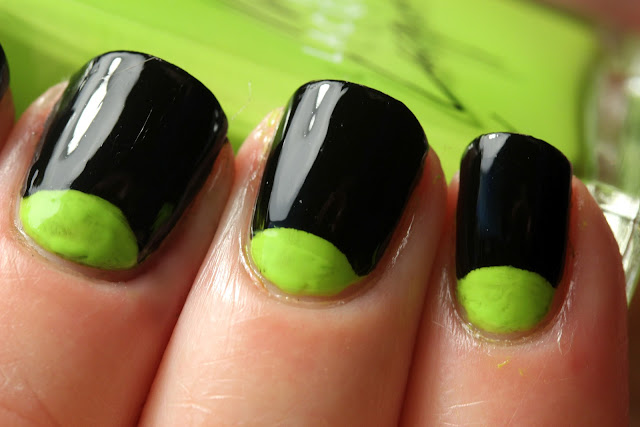 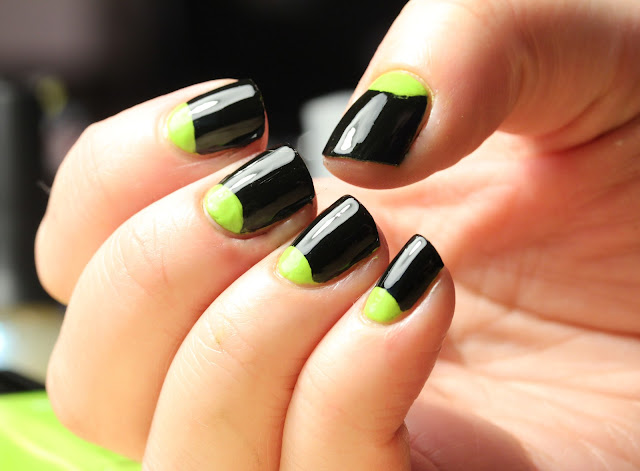