My Favourite Glitter Polka Dots Yet!

March 05, 2012
Ok so some of you might have seen the glitter mani I did last night using American Apparel Galaxy to do a rainbow of glitter.  I wasn't totally happy with the result.  Something about the curved glitter and the residue from the base polish just meant it wasn't as... clean? as I would have liked.  After the neat results I've had before this, it just wouldn't do!  Determined to seek revenge on myself I guess, I regrouped and tried again tonight with American Apparel Light Year, Urban Outfitters Bandeau and the loose glitter from a nail art kit I've used previously.  I'm happy now!

First up, I added two coats of Urban Outfitters Bandeau, a rich purple.  I really like this polish, it had a rubbery finish like those Illamesqua polishes I wanted to try but never came across.  Application wasn't outstanding but it was even enough after two coats.  While the polish was still tacky, I poured a dollop of Light Year onto my table and picked out each piece of glitter, placing them in a grid pattern.  I learnt from last night to work a little blob at a time as it meant less build up from the base polish.  Once done, I added a light coat of Seche Vite to half my nail and filled in the spaces with the little blue glitter.  Again, this doesn't stand out that much but just adds that little blue glint that I so liked in my first go with it.  I then topped the whole thing off with two coats of SV for extra gloss. 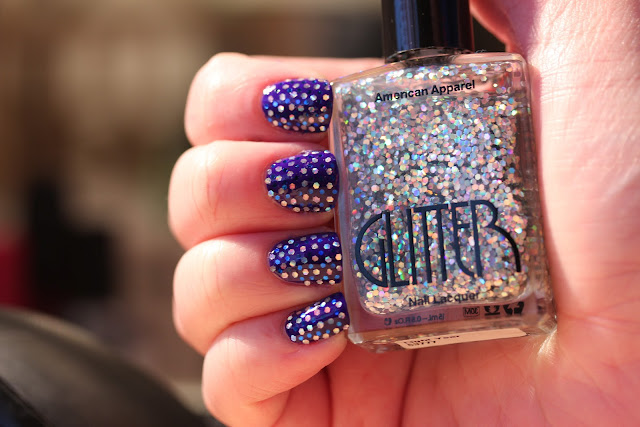 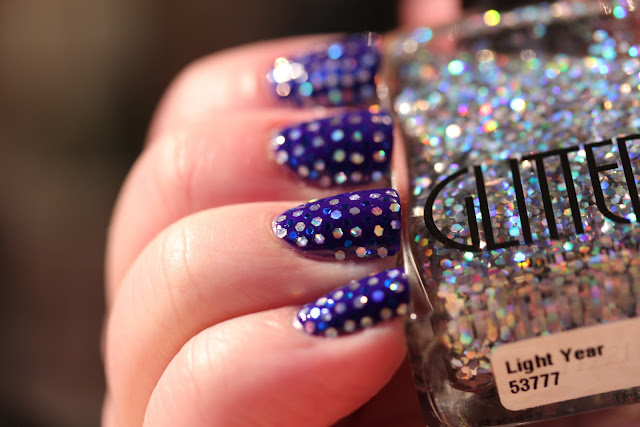 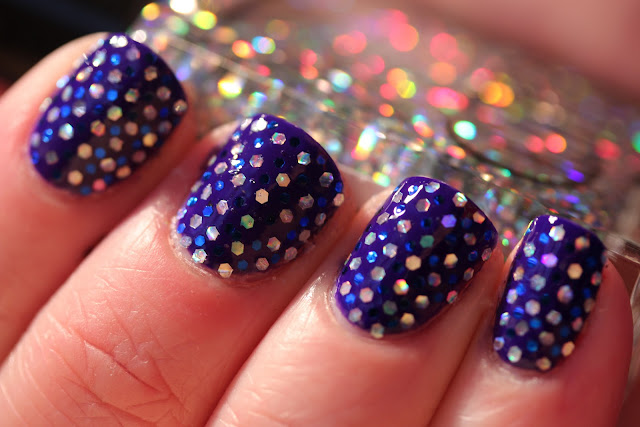 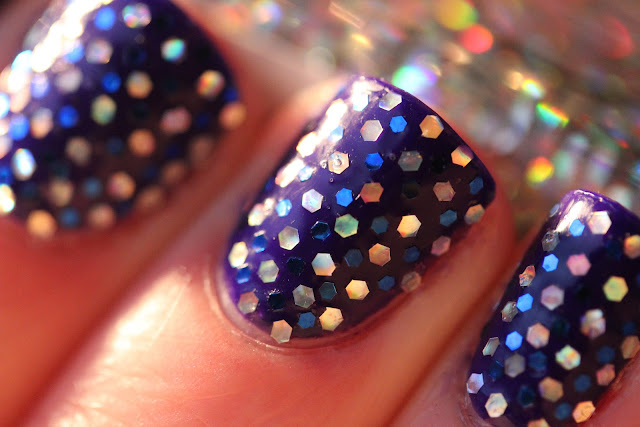 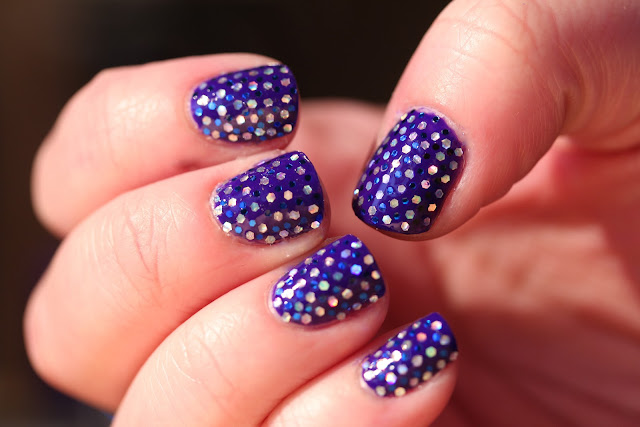 The Verdict:  I can't believe how well this came out.  It's sooooo sparkly, I love it so much.  The holo glitter is the perfect choice for this as it just makes everything all rainbowy.  The Urban Outfitters purple polish leant a great contrast too.  : D <- my face looking at my nails