Review: Nerd Lacquer All of Time and Space!

March 13, 2012
Eeeeeee so excited to get six new Nerd Lacquers in the mail tonight!  I managed to snap a few quick pictures of them all before I headed out tonight, checkkkkk it! The problem when I got home though was WHICH DO IT DO FIRST?? They're all so pretty it was so hard.  In the end, the beautiful mint green with silver and fuchsia glitter polish All of Time and Space won because I honestly can't think of any other polish like it.

Application was decent but I had to use four coats to get to this level of opacity.  It's ok though, it dries quickly and is worth it to get the same look as the bottle.  I'm really happy though, the glitter was super easy to apply, didn't need to fish around to get an even distribution.
Enough talking, LOOKIT PICTURES 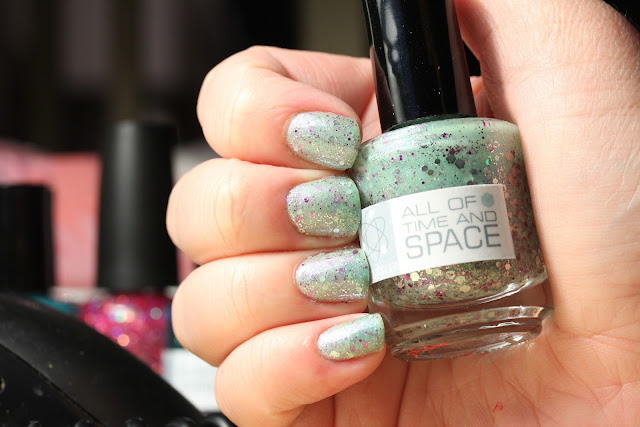 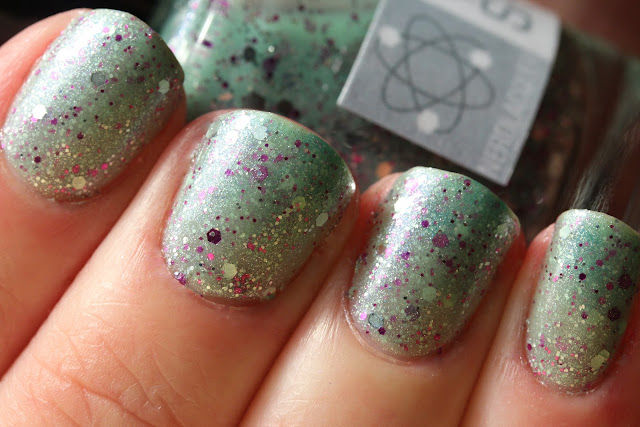 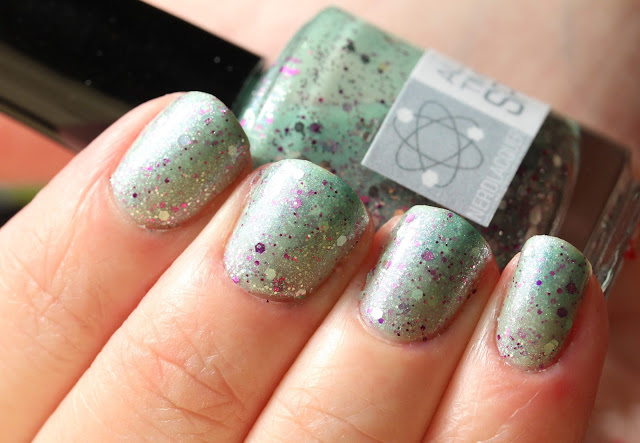 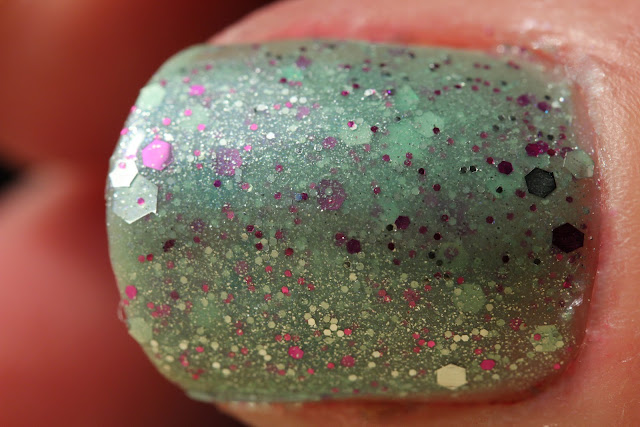 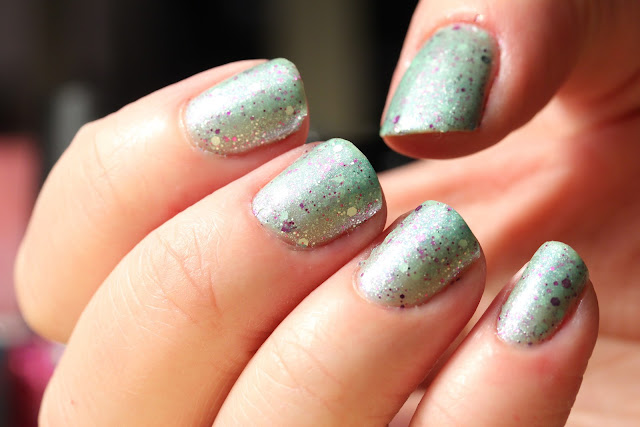 The Verdict:  I think this might just been my favourite "normal" Nerd Lacquer yet.  I super <3 Hyperspace Bypass but this one is so pretty, so lady like and reminds me of a garden in spring.  I think it's settled, Nerd Lacquers forever!