March 21, 2012
Every time I go to Shoppers (generic Canadian pharmacy, for those non-Canadians) I gotta do a lap of the beauty isle.  It's a bit of a problem, especially if there's a sale, like, say, $3.99 Revlons.  It's not as much of a problem though, if you use them, right? Right?? So this brings me to one of the Revlon polishes I bought recently, Make Mine Mango.

Make Mine Mango is a decidedly un-mango creme, being more of an orangey coral than mango. Whatever.  Application was par for the course with Revlon, this is two coats.  As I have something of a glitter obsession, I decided to just do a Mermaid french tip.  I aimed to keep tessellating the hexagons and the effect was really interesting.  It almost looks pixelated and I like it. I should also mention, OMG SO SPARKLY.  The gold always contrasts nicely with coral and just flashes in the light, it's awesome.

So I was taking these photos and then I had something of an invasion.... 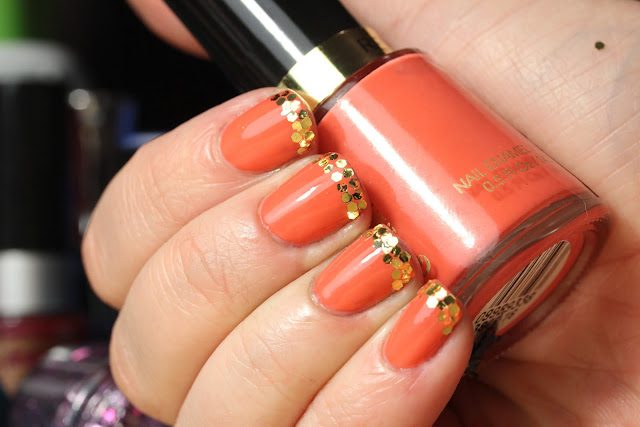 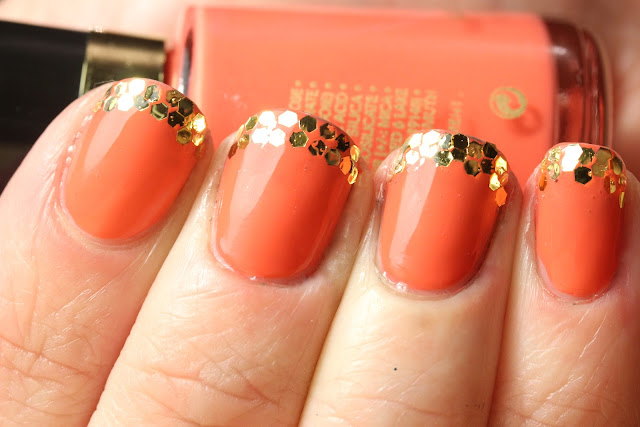 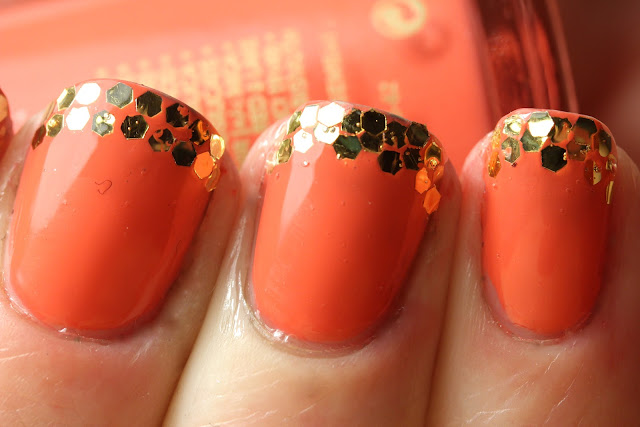 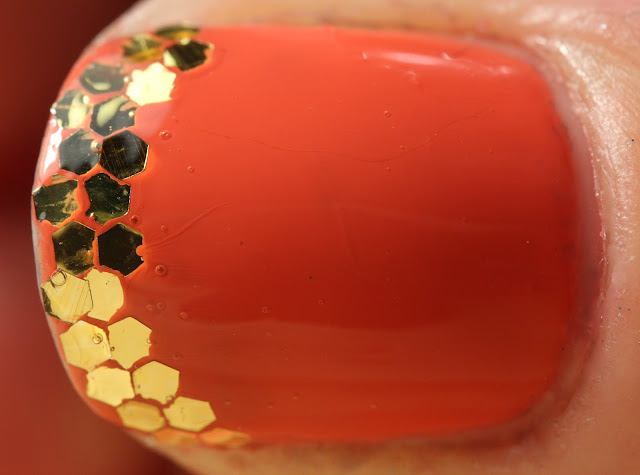 The Verdict: Revlon Make Mine Mango is a perfectly fine coral but I bet you already have at least one like it.  Looks pretty with gold glitter but that's about it.  Taking photos on a cat?  AWESOME, if not hair-filled.